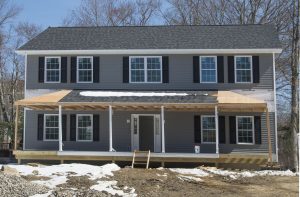 Some call the buildings modular homes. Others refer to the structures as factory-built homes. Still, others suggest calling the buildings system-built homes. No matter what the uniquely built structure is called, this green alternative to traditional stick building has grown steadily over the past two decades. Despite the current housing slump, the modular home’s market has seen massive economic growth.

Rather than building a whole home structure on site, the modular home is typically built in sections in a factory. Using the stick-built home construction method, the factory designs and manufactures the homes in manageable units which can then transported to the property. The units can then be securely connected, attached permanently to the property, and a roofing material added. The completion of the home often takes as little as a month from beginning to end.

The original modular homes looked a lot like modern manufactured homes, but that is generally no longer the case. Modern modular home can have multiple stories, separate wings, and pitched roofs. The homes can include a full basement, beautiful turrets, and a wrap-around porch. The floor plans can also be designed with luxury conveniences such as multiple garages, in-home swimming pools, and grand theaters. In other words, modular designs can be created to become almost anyone’s dream home.

Modular homes do not have to be generic or have a “cookie-cutter” design. The structures can be a high-end home built for the modern homeowner and filled with all the contemporary conveniences. Another important fact is that the modular designs can save a homebuyer a great deal of money.